Conversation: Who's talking? You, or Are you living through someone else's words? 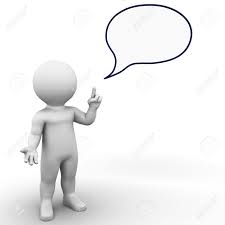 Several years ago we had some friends over for dinner.  After the meal, I was discussing some books and authors with one of our guests.  We began conversing about the individual ministries of the authors, and of other ministers, we had heard over our years of growing up in a religious context.  As we were speaking, her husband interjected with a comment.

He mentioned that whenever he hears us talking about what this minister said, or that minister preached he often feels out of the loop.  He did not grow up in a religious environment.  His relationship with God and a community of faith was new.  His comment stuck in my head.

I have been thinking about how often we “religious” types can talk about the words preached or spoken by various ministers.  It can be very easy for us to become second hand listeners.  We are more like the reclusive nosy neighbor in an apartment complex always listening in on somebody else’s conversations, but never having the courage to engage in conversation ourselves.

Is our spiritual lives primarily informed by our leaders?  How often do we abdicate the responsibility to enter into our own conversations with God, and instead rely on the “word” from the pulpit?

I’m not suggesting we turn off the pulpit, but I’m suggesting that God desires to have a personal conversation with us…directly.  I am suggesting that maybe we need to lay aside our fears of what might happen if God did what we claim, but rarely experience…spoke to us.

What would happen if we joined the conversation God has been trying to have with us?