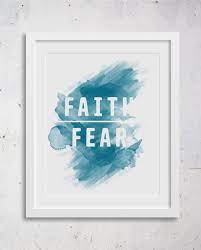 When the rest of the nation of Israel was afraid to go into battle against Goliath, David was more than ready.  I don’t want to disparage the other soldiers and fighting men of Israel.  I am sure their fears were reasonable.  Goliath was a monster of a man.  His physical presence must have been immense.  Even Saul who was a tall man wasn’t exactly chomping at the bit to go out and meet this foe.

When you look at this story more closely it really is an amazing story.  David wasn’t a trained warrior.  Didn’t have the pedigree.  When he showed up and begin asking questions he was met with contempt.  Interesting to note that not much has changed.  Whenever you see an enemy not being engaged and you starting asking why, you will be met with contempt as well.  We don’t like questions being asked that reveal who we really are?

It is obvious from our perspective because we can read the whole story in just a short time and see that David had an understanding about God.  He didn’t simply look at the resources that Goliath had at his disposal.  Size, experience, strength, training.  David could see those things as clearly as anyone else.  What David apparently saw was God’s resources.  Goliath’s resources which were vast, but vast isn’t infinite.

You could trace Goliath’s resources back to a beginning point, but when you begin to trace God’s resources they go all the way back before the beginning, beginning point.  David drew on the understanding that was developed through experience and relationship and was able to tap into that and accomplish what everyone else could have done, but didn’t do.

The difference between those who do and those who don’t is simply a matter of who will trust the infinite resources of God.  It isn’t ability, or training, or knowledge that defines the difference, but faith built from relationship.