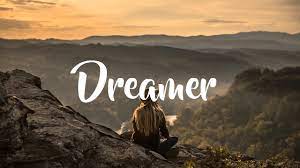 The pathway from dream to reality rarely takes the anticipated path.  For Joseph, the dream he was given in Genesis chapter 37 included what would happen, but God forgot to show him the how it would happen.  Joseph just knew that he would one day rule over his brothers, but at the end of chapter 37 we find Joseph’s brothers standing over him as he sits in a pit waiting to be sold into slavery.  It is evident no one believed in Joseph’s dream, but Joseph.

That’s not to say he had no supporters.  Joseph’s father clearly supported him even though he questioned the veracity of his dreams.  Even a couple of his brothers attempted to protect him from the more violently inclined brothers.  People are usually quicker to support you than they are your dreams.  Which, if we are honest, sometimes our dreams, the ones that sit deep in the soul, may not even make a lot of sense to us, much less to others.

God dreams are the worst of the bunch too.  They always come bigger than our capacity to map out.  This makes it difficult to achieve through simple ingenuity, and even more difficult to explain to others.  This portion of Joseph’s life is often deemed as prideful.  Scripture, however, never states this explicitly, it is purely assumption on the part of the reader.

On the surface this is hard to argue against, but I can’t fully bring myself to accept the argument.  I can’t help but think Joseph’s problem was less with pride and more with naivety.  I believe that scripture is deliberate in the details it gives us and if pride was a central issue, why not state this explicitly?  What we are told is this:

Joseph rats out some brothers who were doing something that was wrong.  Since when is it prideful to do the right thing?  When the bible tells us that his brothers were doing something evil, it probably wasn’t something benign like farting at the dinner table.  We are told that Jacob favored him, but how is that Joseph’s fault.  Joseph’s dreams legitimately came from God.  It’s not as if he was sitting around trying to come up with a dream from God that put him in bad standing with his brothers.

I find it curious the overwhelming commentary on this portion of scripture centers around Joseph and his perceived character flaw.  It’s as if thousands of years later we are making excuses for the ones in the story whose character flaws are explicitly displayed and undeniably wrong.  I can’t help but wonder if the real issue his brothers had wasn’t over Joseph’s dreams, but over their lack.  Which also makes me wonder if our response towards Joseph isn’t of similar motivation?

Why is it that we kill dreams, ours and others, with practicality?  Why is it we wait for the path to be “cleared”, the door to be “opened”, or the way to be “known”, and call our inactivity “faith”?  Could it be that the Joseph’s of this world make us uncomfortable?  Could it be we know we fall short and their simple naivety is like a yellow highlighter to our fear?  Could it be that we are more broken than we care to admit?

I can think of a couple crazy dreams God has given me right now that I let die in a pit, can you?  I can think of excuses by the dozens I make and keep making, can you?  I have three little boys that will one day dream big dreams and I am afraid that my failures will drive me to try and quench their dreams with a big list of pros and cons.  Perhaps we are falling short because we are focused on the wrong thing.

What if the point of the story is to remind us that we have a God and no matter our circumstances, regardless of others support, wherever the path may lead, and in spite of our failings, He will always believe and He will always make a way if we will but trust in Him?  If I can get a believer give me a—Heaven Yeah!