Outreach No More: Placing Cause before Community 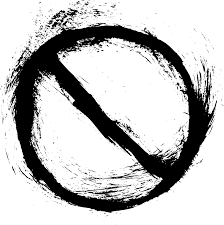 Which should come first the Cause or the Community?  Do we seek to build a connected community and then strive together from community to fulfill our Cause?  Do we find the Cause of our life and then allow community to form in and around this Cause?

I believe our answer is found in Genesis 1.  Before community was ever formed there was cause.  God caused all of earth and humanity to become.  Humanity was given responsibility before companionship.  This isn’t a hierarchy of importance, but rather a flow of interdependence.  Within the fulfillment of cause is the formation of community.  You are not fulfilling your responsibilities if companionship and relationships are not flowing and forming from your efforts.

In the New Testament we are told “that all things work together for good to them that love God, to them who are the called according to his purpose.”  There is a Cause infused with God’s goodness that produces life, which forms community, which embraces the Cause, and produces more life, and through Cause and Community we have both the magnification and expansion of the goodness of God.

In Genesis God causes the world to come into existence and produces life, forming community.  After the fall we have a process that is centered on the life and community of humanity outside of God’s cause.  The result is a more self centered approach that makes self preservation a primary cause, and the expansion of God’s goodness becomes secondary.  Sadly, the secondary cause is rarely addressed and in most cases with half hearted effort.

When a group of people begin gathering for the first time as a “church” they are typically gathering around a specific cause.  Over time the community of people becomes more stabilized and if they are not careful, the cause from which they were formed falls to the wayside.  In the place of their original cause there is usually some form of self-preserving cause.

Churches will often begin talking about the need to grow in order to keep the doors open.  Once a church begins using this kind of language the dye has been cast.  I’m not saying that there isn’t any concern for lost souls, nor am I suggesting a church is completely self-centered.  I am saying the language employed reveals what is central and the person being evangelized is no longer central, maintaining the community is.  Once the natural flow is disrupted achieving the magnification and expansion of God’s goodness is thwarted.

In essence community (self) has been placed before cause (others).  We can dress it up any old way we want.  We can thump our Bibles, pound or pulpits, but when we are unwilling to risk our comfort for their condition…  If we believe we are called by God to reflect His character throughout creation, then at the very heart of His character is the continual forsaking of self for the needs of others.

So, when we form “outreach” departments to reach others with the good news, are we doing this as an outflow of being a part of expanding God’s character into His creation?  Or, is outreach something we are supposed to do to maintain our community?  How a community answers this question speaks volumes to where their true priorities lie.  On a more personal note, does your spiritual life revolve around where you go two or three times a week for community, or does your community revolve around how you live everyday?